I had this friend once, she was amazing. She chose a great degree to study and oozed confidence, in a humble kind of way. One could say I idolized her a bit. We were sitting in a mutual friend’s apartment, I had just finished an intense day in the sculpture studio and as I fell into the couch I said “Yass, I could map a pot of my mom’s peas and potato curry right now.” Her immediate response was “Would you like me to make it for you now?”

Only a year ahead of me in life but she could clearly do anything. My diet at that point consisted of salads, sandwiches and many nights of packet pasta’s.

I stood up and marched myself to the nearest grocery store and bought a bag of frozen peas (they are the yummiest) and some potatoes. Headed home and cooked that meal the best I knew how. I never bought packet pasta again. Well, maybe. 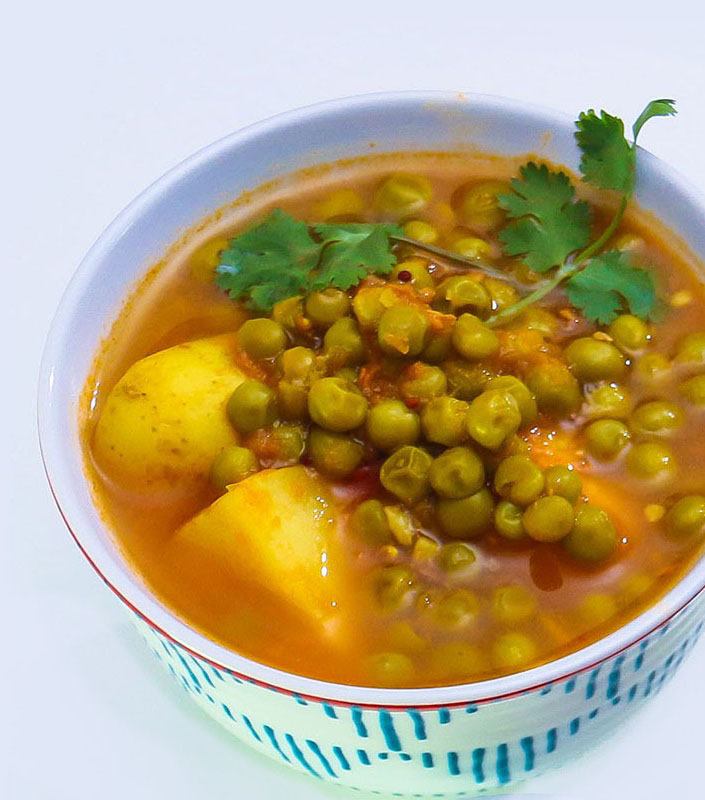 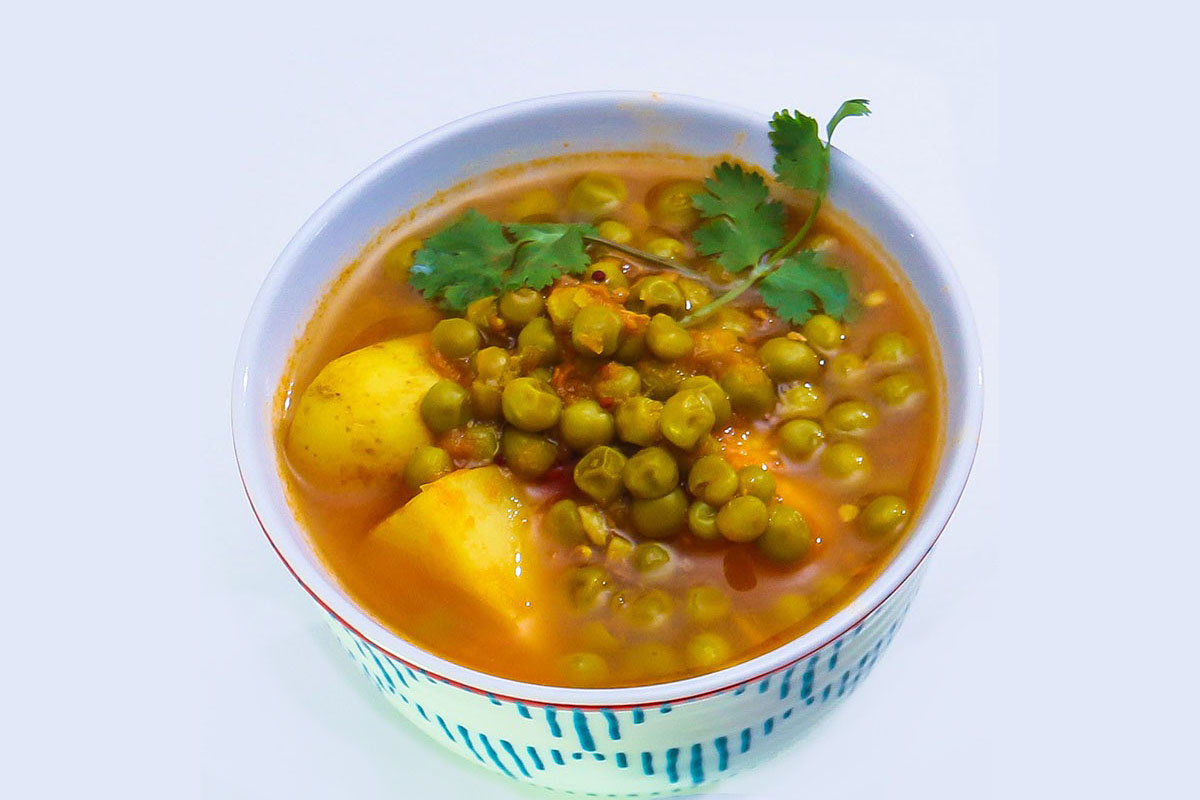 Prep: Soak peas in boiling water. Chop potatoes into fours and soak with peas (if you suffer from intestinal problems such as IBS try removing the potato skin after soaking and see if you feel a difference).

Blend the tomatoes and onion.

In a pot place a small amount of coconut oil as it heats place all the vagaar items (cumin, mustard seeds, asafoetida and dried chilli) and let it braise for a few seconds.

Add in your potatoes and braise them for a few seconds.

Add in your blended tomatoes and onions along with your salt, tumeric, ginger, garlic and chillies. Keeping it on medium heat allow it to cook for about 5 mins.

In a small pan add some oil and mustard seeds let cook until it sizzles. Throw this over the steamed dokhra.

Let cool and then cut into squares.

Let it cool and then enjoy with either some fresh rotli or rice! YUM!